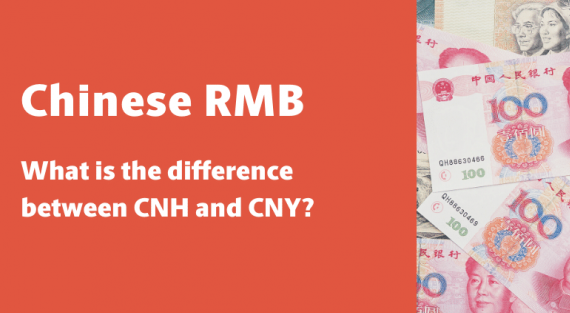 For years now, reports of China undervaluing their currency has been looming within the economic news cycle.

Despite this perceived threat, confusion persists in regard to the superpower’s somewhat unique currency system. Does China use two currencies? Should I be concerned with this Trade War? This piece will give you a quick overview of China’s currency, and what it could mean for your business.

Whether in the news, or within your business, you have probably seen China’s currency referred by two names; The Chinese yuan (CNY), and the Chinese Renminbi (RMB). While the two names are used interchangeably, there is a subtle distinction between them. The Renminbi (the people’s currency in Mandarin) is China’s official currency, acting as the medium of exchange, while the yuan is the unit of the currency. This means that the currency itself is denominated in yuan i.e. 5 yuan, 10 yuan, 20 yuan. Yuan is further denominated in jiao and fen, where 1 yuan equals 10 jiao, which in turn equals 100 fens. A simple analogy explaining the difference can be drawn from Federal Reserve notes vs. USD, or Sterling vs. the pound. Any expression of price in the daily market transactions is in yuan, while the renminbi is used on the international stage.

The renminbi was first issued by the People’s Bank of China in 1948. Like many developing countries at the time, China’s economy was relatively closed and heavily regulated. As China grew into an industrial manufacturing behemoth in the late 90s, the inward monetary flow began pouring into the country from speculators and consumers in the West. It was pegged to the US dollar until 2005 as China transitioned from central planning to a market economy that required increased participation in foreign trade. This marked a series of devaluations of the currency in order to increase the competitiveness of Chinese industries.

While it may seem the Chinese system is a bit confusing coming from an American context, don’t let it deter you. The trade war between the US and China has dragged on for the last couple of years now, and it took its toll on the renminbi, before COVID helped strengthen the currency to what is now a 3 year high. Even though it may seem easier to work with Chinese companies using USD, it’s important to understand your options. Currently, there is a lot of uncertainty around the renminbi which may incentivize Chinese corporations to add padding to their prices in order to account for possible fluctuations. This essentially puts the burden of exchange on American importers.

It may be useful to ask the Chinese companies you do business with to dual invoice you. This allows you to see a price both in USD and CNY. With our help, you can determine which currency is less costly rather than blindly paying the invoice.