The economic highlight from last week was the U.S. CPI with a 7.9% YOY print that was higher than expected, but not surprising. WTI oil is dealing at $105/bbl., the 10-year is trading at 2.03% and equity markets are pointing to positive. The USD is flat to begin this week compared to where is ended on Friday and markets are adjusting to the Russia / Ukraine war. Commodity prices have settled down after the last couple weeks, and in some ways even the currency market is settling in.

This week the market will be focused on Tuesday’s PPI (forecast +10%) and of course, Wednesday afternoons Fed announcement. Expectations are for a 0.25% rate hike, with an outside chance of a 0.50% adjustment. Economic data in the EU and UK will include housing information, inflation data and several surveys about their manufacturing sector. Canada also has important inflation data along with retail sales and housing data.

EUR (1.1910): Last week’s rally in the single-currency after printing a low of 1.0805 early in the week, was not unexpected. The daily chart below highlights the speed at which the euro fell to that low and then bounced back! This week, like last, will be influenced by the war. Keeping levels of entry or exit points and acting on them is the best way to manage through this uncertainty. 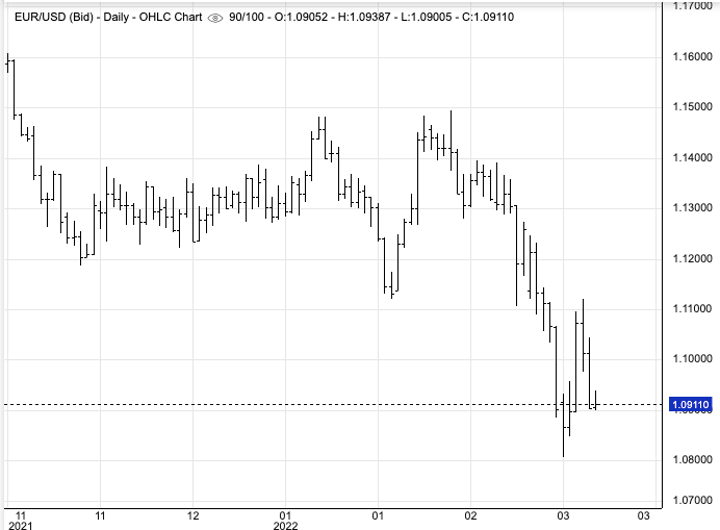 GBP (1.3010): The sterling has quickly moved from a currency that was dealing within a range, moved around by cross currency trade. The last two trading days have pushed the GBP to the very important 1.3000 level. Below that, there isn’t much in significant support until 1.2670! Resistance is at 1.3150. Economic data will be headline news with any developments in the war continuing to be the reason the dollar remains supported. 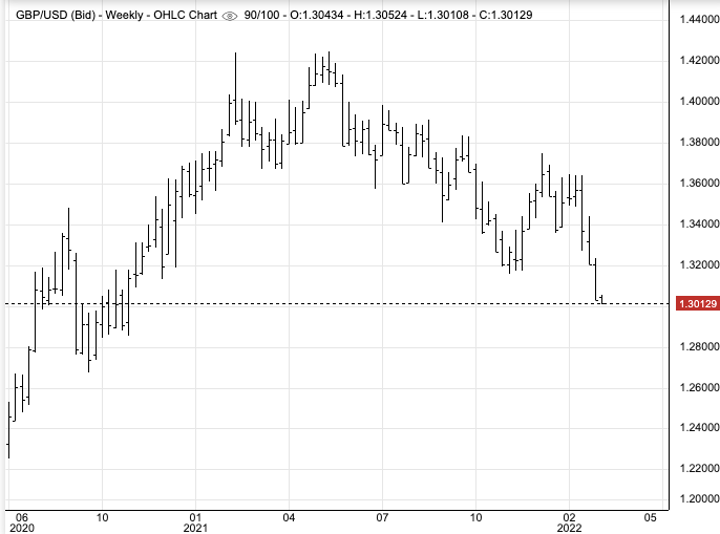 CAD (1.2780): The Bank of Canada will be releasing data all week which should make the case for larger rate hikes clear. The chart below highlights the large range the CAD has been dealing in. 1.4670 to 1.2000. The current USD/CAD rally is moving higher and creating a rising wedge, which in technical analysis language is a bearish USD/CAD pattern. 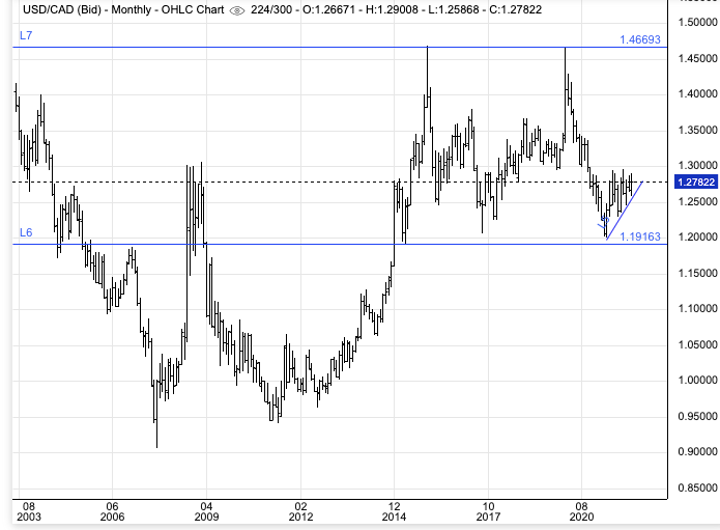 CNY (6.3500): 6.3000 held last week and USD reversed and slowly moved to 6.3500. The PBOC will continue to tightly manage the currency through this war and most likely through their November Chinese Presidential elections.