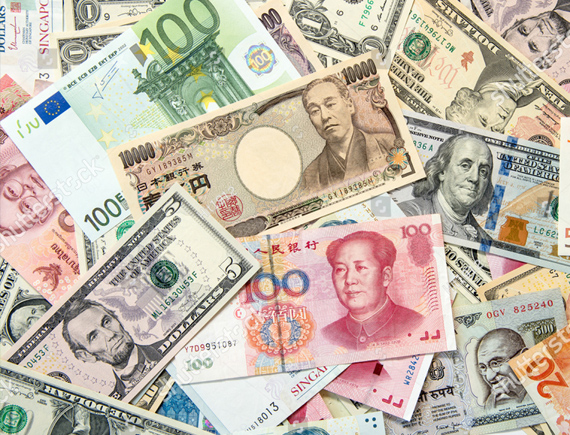 How Companies can Minimize the Impact of Yuan to Dollar Fluctuations

Updated in September of 2021

If you’re running a company that imports goods from China, you’ll want to know how you can minimize the impact of yuan-to-dollar fluctuations.

Before we get into all that, there are a few things to go over:

The Chinese Yuan (CNY) and the renminbi (RMB) are often used interchangeably, though they have subtle differences. Renminbi is the official currency of the People’s Republic of China. It translates to “people’s currency” in Mandarin. The yuan is considered the unit of currency.

Criticized as a currency manipulator in the past, the PBOC has allowed the currency to strengthen, resulting in companies that import products from China seeing those goods become more expensive by 20% (8.3-6.62) in the U.S. Dollar terms.

This cost has been absorbed through higher costs to the consumer and compressed margins. Because of the regulations put in place by the PBOC, hedging these imports has been difficult and costly.

The CNH is the Chinese currency that is traded freely in the off-shore market. The 2010 introduction of the CNH and the market acceptance around 2014 now provides the hedger an efficient way to lock in a real exchange rate and give a company a way to deliver the CNH into mainland China. The biggest concern has been that an offshore exchange rate (CNH) will not equal the onshore CNY.

Looking at the chart below, one can see that although there have been slight disparities in the rates, for the most part, the rates are very close in price and move together.

Companies that import from China and have the flexibility to pay in the local currency (versus USD, Eur, GBP, etc.) can simply request a spot rate in CNH.

This flexibility now removes the potential cost increases from a weakening U.S. dollar and allows the importer to not only make that payment using the local currency but also to hedge the payment. A traditional forward or window forward contract will lock in the exchange rate at no cost to the hedger and give them a locked-in U.S. Dollar (Eur, GBP, etc.,) to protect them from the higher expense.

This has been the traditional response from most companies doing business in China. GreenshootsFX is finding that more companies are asking their Chinese vendors to provide invoices in both the CNY and U.S. dollars. We can calculate if there is an additional cost to pay in dollars.

Best practices today suggest that paying in CNY via CNH is becoming more accepted because those invoices can easily be hedged and delivered into China. Certain paperwork is required, but isn’t overly restrictive.

All currency forecasts are difficult and in the case of the Chinese currency, it is more difficult because at any time, the PBOC can fix the currency or manipulate the market when the economics suggest it.

Below is a daily chart from 2020 of both the $/CNY and $/CNH. It is obvious that both pairs move in the same direction and magnitude. The small deviations from time to time do offer a look at the changing demands for the offshore CNH versus the onshore CNY.

Companies that spend resources attempting to find a way to take advantage of these will lose time and money. These differences are not large enough or last long enough to be profitable. What is the real issue for non-Chinese companies? Managing their margins, minimizing their costs, and protecting their cash!

Let’s look at the chart below a bit more closely. On the right side of the chart we see the rate was 6.85 in January of 2020., The USD rallied through May and traded to a level of 7.15, an increase of 4.3%! The company sending USDs as a product will always send $1MM, unless the USD falls again (as it has.) At some level, let’s assume below 6.85, the Chinese supplier will increase costs in USD terms!

This quick example illustrates the value of a positive outcome. Of course, at the current level (6.55) that same amount of CNY 6,850,000 costs $1,045,801! How can this be avoided? By managing these costs with a rolling hedge program and using forward contracts to not only hedge the near-term expenses but also those that are expected or forecasted. A hedge program manages the costs more closely, removes the peaks and valleys, and provides the company a transparent look into their future expenses from China.

To follow the most up-to-date charts, check out China Foreign Exchange Trade System and Trading View.

GreenshootsFX is uniquely positioned to assist a company to analyze the cost differences of a CNY invoice/dollar invoice. We can also execute and deliver the spot or forward hedge to make sure that the cost of products coming from China does not increase, contact us to learn more!