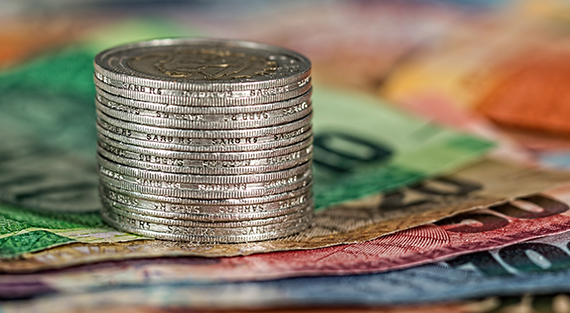 Why Invoicing Foreign Buyers in Their Currency Makes Sense for Exporters

As a company that exports overseas you’ll be familiar with how competitive the global marketplace is. Unfortunately, you are likely not aware of a simple change you could implement to make it easier for your foreign customers to buy your products: invoice them in their currency.

In many cases U.S. exporters invoice only in U.S. dollars, unaware of their foreign competitors invoicing in the currency of the buyer. If you’ve lost a deal based on price, you may not have realized it was because of quoting in USD and not the local currency.

More often, an exporting business is worried that invoicing in a foreign currency can introduce risks related to currency volatility or will be cumbersome to manage. And it’s true: changing the process so that overseas customers can buy a product in local currency does add risk around exchange rate fluctuations that could theoretically eat into profits.

But that risk can be managed via hedging—think of it as being similar to insurance, except to protect your profits. Any risks of invoicing in a foreign currency are outweighed by the benefits of making it easier for customers overseas to do business with you. Not only increased sales and, therefore, revenue, but also an expedited decision that will further expedite inbound cash flow.

The other major concern will be whether a bank account is required in the foreign currency, and does it need to be overseas adding further confusion. No, the account doesn’t need to be overseas but the next question is whether your bank can open one for you in the U.S., which more often than not they are unable to do.

How to Invoice in a Foreign Currency

Invoicing in foreign currencies is simpler than you would think and it’s a practice common for exporters around the globe, especially in Europe.

Then you issue an invoice for €82,000 and stipulate that if the buyer accepts, you will finalize that price at the time they’re ready to commit to the order. Because the exchange rate could change.

Now imagine the buyer is ready to purchase two weeks later. The USD has weakened slightly, so it’s going to cost €81,000 to complete the order and this is the final, firm price at which you’ll sell your product. If the buyer agrees, then the final invoice issued would list a price of €81,000.

The Risk and the Solution

Now imagine that payment is due in 60 days. The obvious risk is that the USD/EUR rate could shift adversely before the money arrives, potentially putting you at a loss especially in times when the USD is strengthening.

Not to worry: at the point your buyer agrees on a euro price you can book the rate within GSFX Online using a Forward Contract which allows you to lock in buying a certain amount of currency at a certain rate. So in the above scenario, you could purchase a forward contract allowing you to sell €81,000 for $100,000 on a 60-day term. Forward contracts are available for up to two years and for most currencies we offer).

Important side note: You don’t need foreign bank accounts if you’re invoicing in foreign currencies. When the currency is received it will be converted into USD and credited to your USD account within our platform. Having said that, you might decide to convert a portion of the euro into USD, preferring to keep some of the balance in foreign currency which would be credited to your euro account within the digital wallet. Why? Because you might have to pay euro to a vendor located in the Eurozone.

In the above example, your buyer was happy paying €82,000 therefore invoicing them this value and fixing the forward rate at the same time could generate $101,235 further boosting your profit.

If you’re an exporter only invoicing in dollars, you’re putting yourself at a disadvantage. Not only will it negatively impact your sales conversion rate, affecting net profits, it will also slow cash flow.

Don’t let your competitors snag your customers by offering them the chance to pay in the currency of the overseas buyer.

If you have any further questions about it, don’t hesitate to reach out!