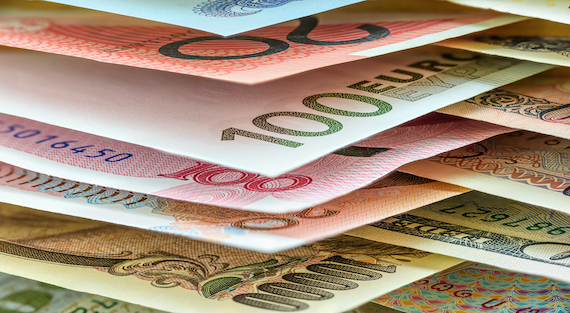 Managing Non-G7 Currencies: Why Paying in Local Currencies Could Benefit Your Business

According to a report by McKinsey & Company, “flows of goods, services, finance and people have reached unimaginable levels.” The study claims that by 2025, global flows could reach $54 trillion to $85 trillion, doubling current levels.

As more businesses extend their supply chains and establish connections in far flung destinations, the requirement to trade in non-G7 or local currencies increases, despite the fact that the US dollar is overwhelmingly the dominant currency in the world.

It has gained this coveted place in trade for a variety of reasons but, primarily because nearly all commodities are priced in dollars.

According to Central Banks,  one of these reasons is that around 40% of global trade is denominated in US dollars. It has even become the norm for European companies to pay Asian and South American based suppliers in US dollars.

The marriage between convenience and the world’s most traded currency continues while acceptance of other major currencies like the euro and sterling for goods traded is also common in some developing economies.

A non-G7 currency is the term given to a currency that does not represent the economies of the Group of 7 and might have high volatility. Access to buying and selling may be difficult due to the volatility and central bank regulations.

As previously mentioned, more businesses are trading with partners in far flung destinations, with many also setting up subsidiaries in these locations.

The coronavirus has also disrupted supply chains and squeezed profit margins to the extent that many US companies are now seeing the value in seeking goods from markets outside of the traditional sources.

The ability to pay in the local currency of developing markets has opened up access to new products and customers that were previously closed to businesses.

There are insurmountable barriers for entry to these markets primarily due to delivery issues associated with developing nation currencies. Because of this, many US companies were missing out on an untapped resource.

Paying in the local currency can engender loyalty and goodwill with overseas suppliers and could even mean the difference between winning and losing certain contracts internationally.

When negotiating contracts globally, paying in the home currency of the trading partner is often a unique selling point as opposed to paying in USD.

2. Get a discount on purchases

It’s a little-known fact that foreign suppliers build a premium into the price of goods to protect against possible fluctuations in USD. To protect themselves from the possibility of the FX rate not being in their favor when it comes to converting their USD receipt into their home currency, they’ll often ‘pad’ the price of goods by a couple percent.

In doing this, they’re effectively pseudo managing their own FX risk. By paying in the local currency, importers can potentially negotiate a discount with their suppliers

When a foreign supplier is paid in USD, they often demand shorter payment terms to minimize the time any currency fluctuation issues could occur. Cash flow issues are another reason. By paying in the local currency, the buyer assumes the FX risk and in this instance, suppliers are more likely to negotiate extended payment terms.

Closely aligned with the first point, businesses paying in local currency can achieve price stability, lower costs, and the quality of goods can often be higher bringing greater returns. If US-based exporters offer invoices in a local currency instead of USD, this will almost certainly make them more competitive.  That’s because the international importer has zero FX risk and the surety of local currency cash flow values.

With the emergence of China as a global trading powerhouse, the Chinese currency (Yuan or Renminbi) has also witnessed a degree of internationalisation with China no longer willing to conduct international trade solely in dollars, as was the norm. A report in chinadaily.com highlighted the increasing use of the yuan in global trade:

“The growth of cross-border transactions using the yuan and increased international cooperation in the use of yuan have given a boost to the currency’s rise as an international currency,”

China has been pushing the yuan’s global use, as it looks to lower international trade transaction costs, which are mostly settled in USD. A global payments provider with expertise in the transfer of non-G7 currencies like the Yuan could offer US based businesses a competitive gain for access into one of the world’s largest and fastest growing markets.

Businesses trading internationally to developing countries need to be vigilant with rules and regulation around paying in exotic currencies. It is not unknown to have payments declined or misplaced in the banking system due to errors at the execution stage.

Bank codes for certain locations can differ from the familiar BIC and IBAN requirement, and additional information may also be required when making a payment. It is fundamental therefore to employ the services of a provider with foreign currency delivery experience.

There will always be barriers to entry, most notably language and trade restrictions but as the world gets smaller, the requirement for payment in non-G7 currencies will grow.

The draw of untapped markets in far-flung destinations seems to be worth the risk for businesses who wish to expand supply lines outside of the mainstream markets.

If you’re interested in learning about the benefits of invoicing foreign buyers in their currency, read this blog.