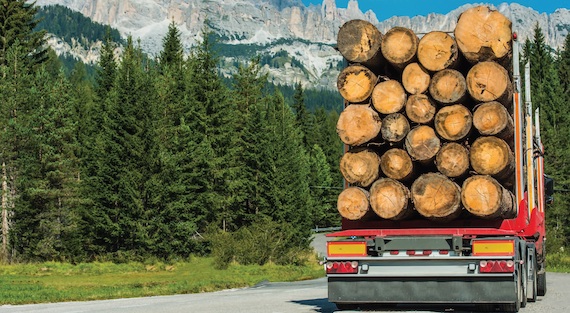 The building industry, including offsite, is using more imported lumber.

Hidden bank fees on the currency exchange can be quite high.

An FX Payment Specialist can get you a significant discount.

Does your modular or panel plant use imported framing lumber? Chances are it does, and that the price of that lumber includes the cost of the foreign exchange (FX) process. Happily, there may be more potential for savings in that process than you realize.

If you import lumber directly, you can get these savings directly. If you work with a supplier, you may want to collaborate with them in a way that saves money for you both. Either way, you need to understand how FX impacts the price you pay. FX is becoming an important issue because the US housing industry is depending on imported lumber more than ever before, and because that dependence continues to grow. For instance, Wood Resources International (WRI) reported a 4.5% increase in softwood lumber imports in 2020, compared to 2019.

The source locations are also changing. Thanks in part to high tariffs on Canadian lumber —in November of 2021, the Biden administration doubled the tariff from 8.99% to 17.99%— more and more is being loaded icontainers and shipped across the Atlantic. WRI says that Europe’s share of lumber imports reached a record high of 13% in 2020, compared to a 20-year average of just 7%.

Unfortunately, the rise in imports comes at a time when shipping rates are also increasing for all modes—train, truck and ocean-going cargo container. The rapid inflation of international transport costs is higher than at any time in the last 30 years. And it hurts. The exporter, the importer, the housing manufacturer and the homebuyer all end up paying more.

Factors behind these increases include high demand and recent supply shocks. If, for example, you’re importing lumber from Europe by container the cost will be affected by:

Costs for shipping by truck and rail also continue to go up. According to a December 19, 2021 Wall Street Journal article, trucking companies are forecasting a double-digit rise in contract rates in 2022, while ocean-going shippers expect that, by the end of this year, container rates could be twice what they were in late 2021.

The above increases are only related to what you pay the shipper. We are all painfully aware of how the cost of the lumber inside those containers, or on those rail cars or flatbed trucks, has also risen. Shipping just adds to that pain.

I can’t tell you how to get better shipping rates, but as an FX Payment Specialist I know how to save money on the lumber itself (or any other imported product). In an environment of generally rising prices such as this one, leaving FX to the bank will cost you. Here’s why; 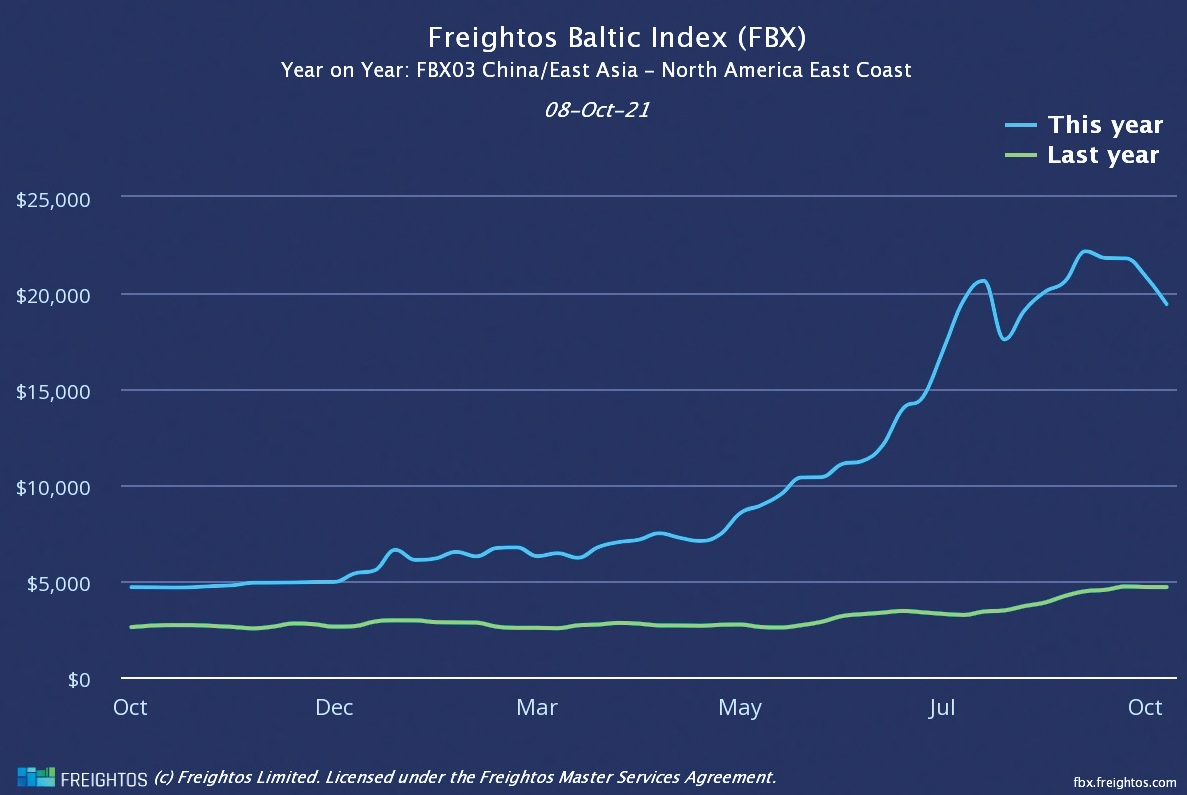 Imported lumber is usually paid for in the exporter’s (the vendor’s) currency, whether Euros, Norwegian kroner, Russian rubles or Canadian dollars. In my experience, most importers lose a lot of money on that exchange. If they rely on a commercial bank for the currency transaction, then every US $1 million in product they buy includes US $15,000 to US $20,000 in avoidable markups.

These markups are imposed by the banks. The largest banks have tens of thousands of employees, thousands of branches, hundreds of divisions, scores and scores of products and services, a ton of regulations to comply with, and millions of demanding shareholders. That’s a significant cost base, and it needs to be paid for.

Although regional and community banks would love to offer foreign exchange payments at better rates, they may have to take their FX pricing from the aforementioned global bank, which provides the global payment infrastructure.

You may be surprised to learn that many CFOs, finance directors and the like are blissfully unaware of these markups. Big banks rely on customer apathy. You trust your bank, right? When was the last time they asked you if you wanted a fee reduction?

Time To Cut Out The Bank

Now, let’s go back to the value of that lumber. Remember that FX costs apply to imports from Europe, Canada or any other international location. With that in mind, let’s consider the example of lumber shipped overland from our neighbor to the north.

The advantage of using an FX Payment Specialist is that they can get you a better rate than the bank —a rate that doesn’t include all those markups. In this case the rate would probably be closer to 1.2469, which means you would only pay US $401,000. That’s a savings of US $7,000. 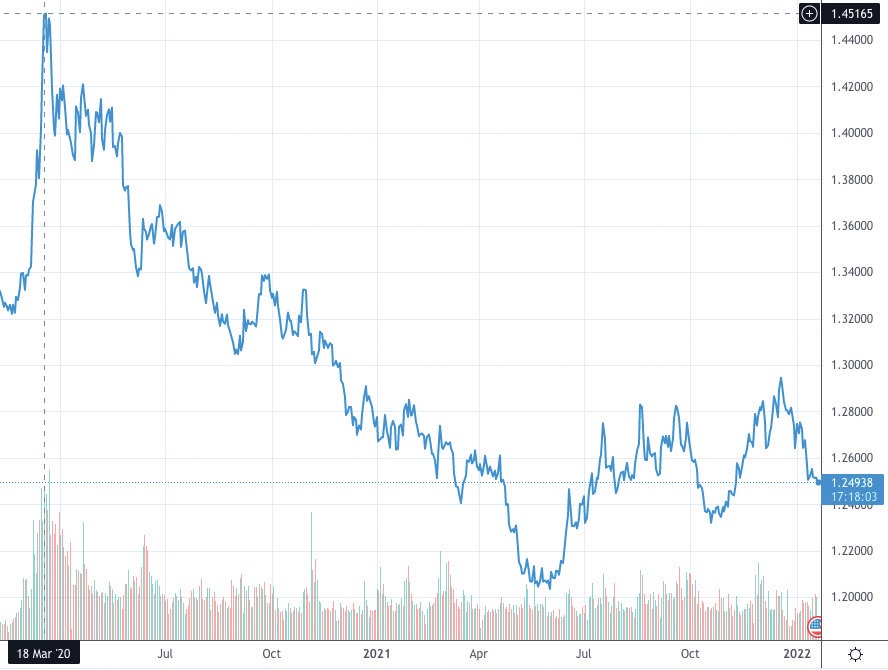 Why Not Just Pay in US Dollars?

Now let’s say you’ve been invoiced in US dollars, not in Canadian dollars. This approach appeals to many CFOs of US companies because it’s a currency they understand, that they can budget for, and that they can easily plan for in their cash flow. But even when paying in US dollars, you still have currency risk.

For one thing, if you ask the Canadian vendor to quote you a price in US dollars, the vendor will use the rate published by its bank as its starting point, which, as we have seen, includes those hidden fees.

Let’s assume a rate of 1.2255 again, which would provide the exporter with US $408,000 in revenue if the invoice is paid on the same day it’s submitted.

The problem is that it won’t be paid the same day. More likely, the sales contract will allow for 45- day terms, so by the time the Canadian exporter receives that money the exchange rate may have moved against them, which means they would earn fewer Canadian dollars than they need.

This is just an example. The longer the payment term, the higher the probability of a big rate change that negatively impacts the exporter, and the more they have to pad the price to cover themselves. (For a more detailed explanation of this, see the chart.)

An FX Payment Specialist can help here, too. This company mitigates risk for the importer and exporter by guaranteeing today’s exchange rate, even if payment is made 30, 45 or even 90 days in the future. In essence, the FX Specialist removes the currency risk. If you want to learn more about how this works, there’s information on my company’s website: GreenShootsFX.com

The bottom line here is that if your supplier has been using a bank for foreign exchange you’re almost certainly overpaying. It’s worth contacting an FX Payment Specialist to see how you can start saving instead.

Why do exporters need to pad their invoices? Let’s look at the past two years as an example, using Canadian and US Dollars.

The chart shows the USD/CAD exchange rate from the start of COVID until mid-January 2022.

The Canadian exporter hasn’t raised prices in its local currency; rather, the US Dollar has gotten weaker. If the dollar weakens further to, say, 1.20 then the cost of that shipment will rise to US $120,833.

The problem is that most invoices aren’t paid on the day of shipment but have terms of 45 days or more. To protect itself against currency swings like the ones above, the exporter has to add a percentage to the invoice. The longer the terms, the higher the percentage will likely be.